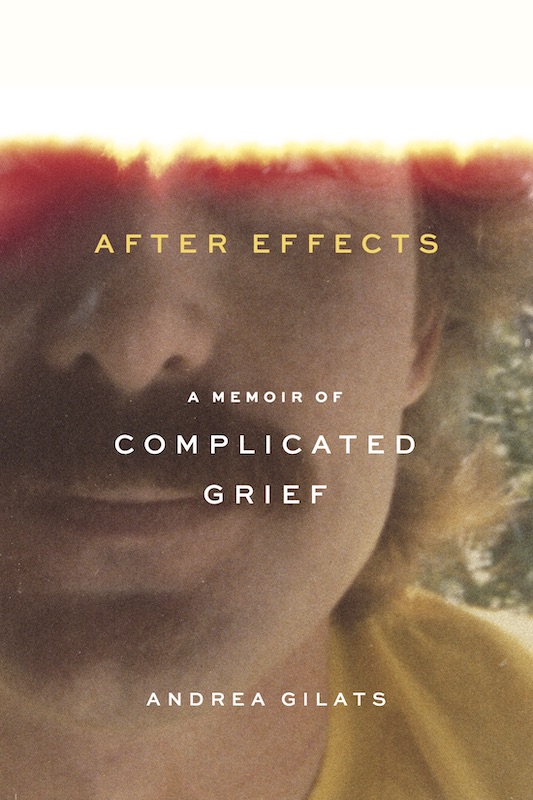 After Effects: A Memoir of Complicated Grief

An intensely moving and revelatory memoir of enduring and emerging from exceptional grief.

order from your nearest independent bookseller through indiebound

To grieve after a profound loss is perfectly natural. To be debilitated by grief for more than a decade, as Andrea Gilats was, is something else. In her candid, deeply moving, and ultimately helpful memoir of breaking free of death’s relentless grip on her life, Gilats tells her story of living with prolonged, or “complicated,” grief and offers insight, hope, and guidance to others who suffer as she did.

Thomas Dayton, Andrea Gilats’s husband of twenty years, died at fifty-two after a five- month battle with cancer. In After Effects, Gilats illuminates the desolation that followed and the slow and tortuous twenty-year journey that brought her back to life. In the two years immediately following his death, Gilats wrote Tom daily letters, desperately trying to maintain the twenty-year conversation of their marriage. Excerpts from these letters reveal the depth of her despair, but also the glimmer of an awakening as they trace a different, more typical course of a bereaved colleague’s grief. Gilats’ struggle to rescue herself takes her through the temptation of suicide, the threat of deadly illness, the overwhelming challenges of work, and the rigor of learning and eventually teaching yoga, to a moment of reckoning and, finally, reconciliation to a life without her beloved partner. Throughout, her story is informed by the lessons she learned about complicated grief as a disorder that, while intensely personal, can be defined, grappled with, and overcome.

Though complicated grief affects as many as one in seven of those stricken by the loss of a close loved one, it is little known outside of professional circles. After Effects points toward a path of recuperation and provides solace along the way—a service and a comfort that is all the more timely and necessary in our pandemic-ravaged world of loss and isolation.

My husband, Thomas Dayton, died in 1998 at the age of fifty-two, ending his five-month battle with cancer. As you can imagine, my life changed dramatically at that point. I grieved intensely for nearly ten years, and lived with unresolved grief for ten more. During the first two years after Tom’s death, I sustained our marriage by writing him daily letters, but because my grief was so intense and lasted so long, I could not bear to look at them until many years later. They rested in a dusty accordion folder on my closet floor until 2017, when, after a conversation with a friend, I finally found the courage to read them. As I made my way through the letters, I began to realize that they contained the seeds of a potentially meaningful memoir.

We are expected to recover from even our most grievous losses by traveling a relatively straightforward psychological progression from the actual loss (bereavement), to our responses to that loss (grief), to learning to live with our loss (mourning), and to the return to a satisfying life (recovery). Along this path we might encounter ditches and detours, but experts agree that recovery from acute or “active” grief is as normal as grief itself. But what if we cannot meet this expectation? What if this so-called “recovery” is somehow disrupted or undermined? What if these “normal” processes take an abnormally long time to take hold? What if they fail us altogether? What if something inside us will not allow us to release ourselves and move forward?

These were the questions that were bubbling up within me as I immersed myself in writing After Effects. As I wrote, I researched, and eventually, quite by chance, I encountered the pioneering work of Dr. M. Katherine Shear, the founder and director of Columbia University’s Center for Prolonged Grief. In a transformational catharsis, I discovered that for nearly two decades, I had suffered from a known disorder called “complicated grief:” acute grief that is abnormally intense and prolonged. Even though complicated grief affects up to one in seven bereaved people, many of them never realize that the course of their grief is not normal, as I did not, and suffer in silence, as I did.

Andrea Gilats has given us a beautifully written story of the heartbreaking problem of complicated grief… Her detailed, honest account of almost two decades of intense suffering after the loss of her beloved life partner will help others understand that there is no shame in grieving this way—that grief is a form of love.
—Katherine Shear, M.D., founding director, Columbia University Center for Prolonged Grief

In this illuminating, thoughtful and beautifully written memoir, [Andrea] Gilats takes us on her journey as she experienced, for 10 years, prolonged or “complicated” grief. …When you finish the last paragraph you are going to think, “I’d like to meet this woman.”
—Mary Ann Grossmann, books editor, St. Paul Pioneer Press (Read the full review)

In this interview with Whitney Jacobson for the Split Rock Review, a literary journal published by the University of Minnesota, Duluth, I discuss my writing process as I worked on After Effects, I hail some books and authors who have influenced me, and I talk about how I’m living my own version of a writing life.

read: Interview with Whitney Jacobson in the Split Rock Review

In this candid interview published in MinnPost, Minnesota’s nationally respected nonprofit online newsroom, I talk with health and addiction journalist Andy Steiner about the differences between normal grief and complicated grief. I also discuss how, after more than a decade of disabling grief, I found my way out of the depths of sadness, and why I feel memoirs are such powerful healing tools.

I am enormously grateful that the world is finally welcoming a deeper and more complex understanding about grief and grieving. Andrea Gilats makes a vital contribution with this honest account of her husband’s death and her long journey through complicated grief to arrive at her hard-won ‘fringes of happiness.’
—Judith Barrington, bestselling author of Writing the Memoir: From Truth to Art
—
Andrea Gilats has given us a beautifully written story of the heartbreaking problem of complicated grief that is now officially called prolonged grief disorder. Her detailed, honest account of almost two decades of intense suffering after the loss of her beloved life partner will help others understand that there is no shame in grieving in this way—that grief is a form of love. Importantly, though, there are ways to gently guide people like Andrea much sooner in the process to find ways to honor the deceased as well as the life of the bereaved they leave behind.
—M. Katherine Shear, M.D., founder and director of the Columbia University Center for Prolonged Grief 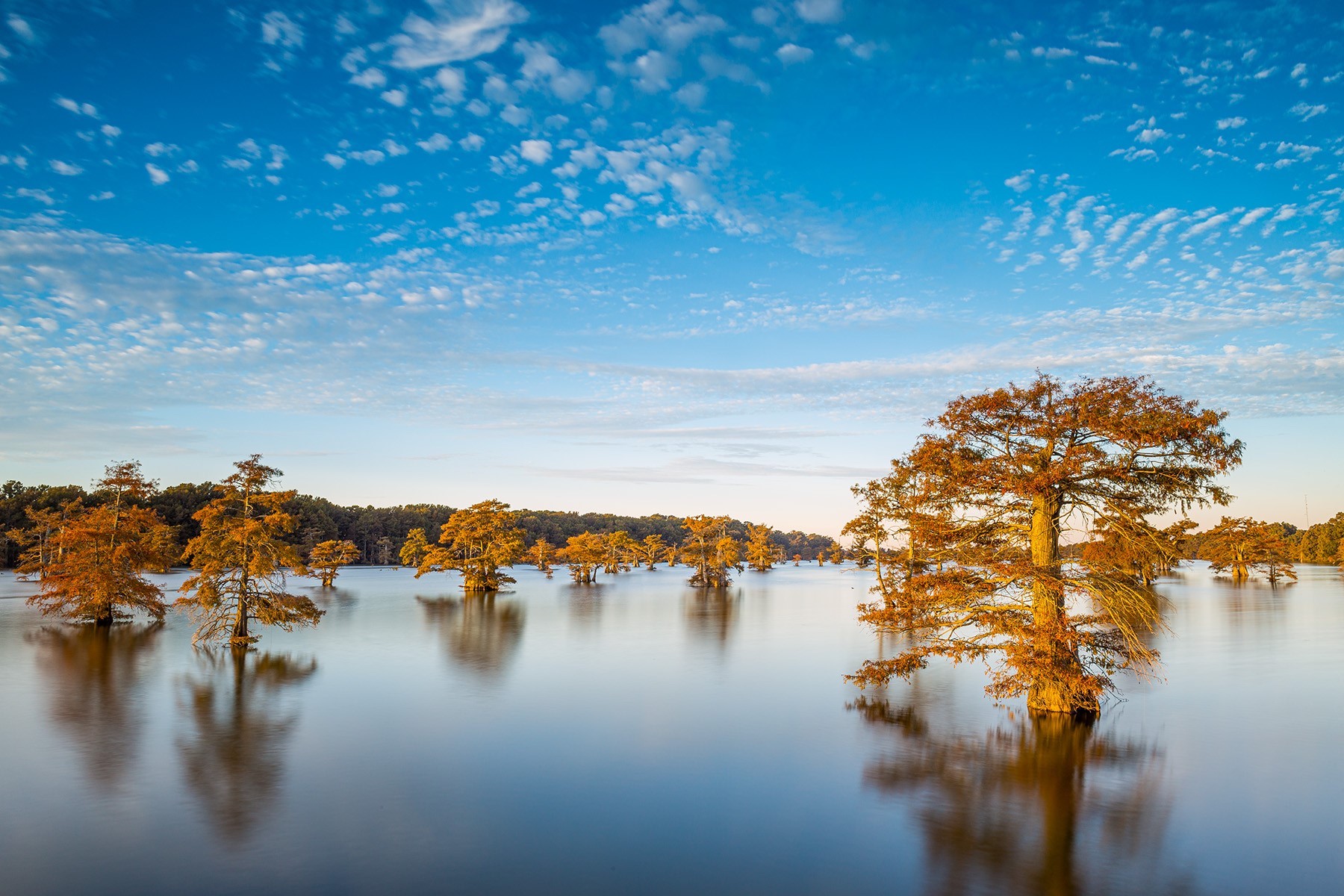 Photographer John Gregor tells us that this abandoned meander was once part of the Mississippi River. After a flood changed the course of the river, this former bend was cut off, creating a self-contained lake. That’s why it’s called an abandoned meander.

Visit the contact page to send Andy a message.

This website was made possible with a grant from the Twin Cities Metropolitan Regional Arts Council. Funding for the Council is provided by the voters of Minnesota through a legislative appropriation to the Minnesota State Arts Board arts and cultural heritage fund. Copyright © 2022 Andrea Gilats, all rights reserved. Site by So It Goes Design